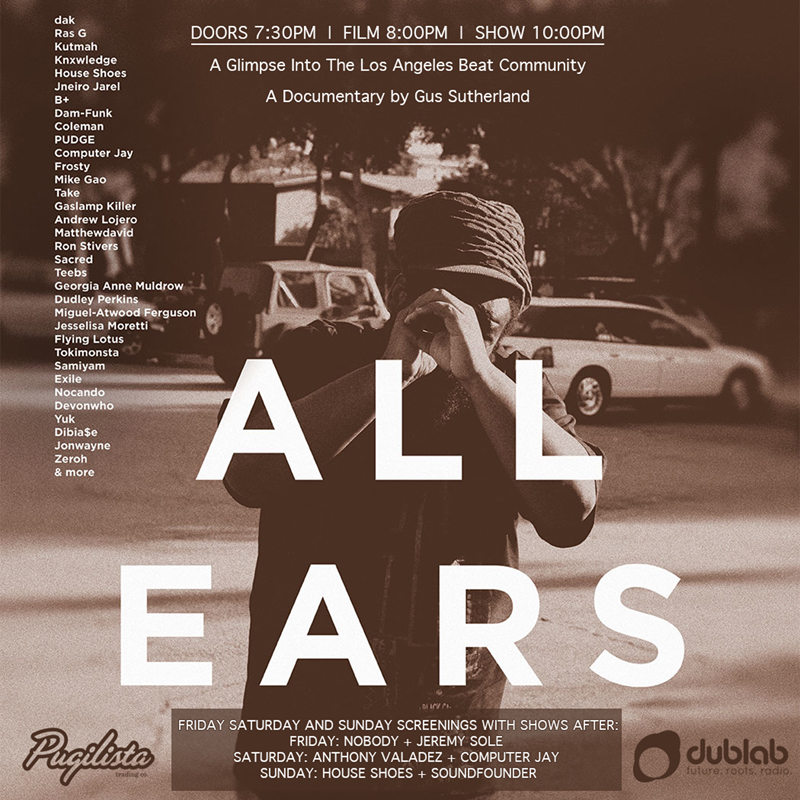 Hope to see you there LA! I wish I could catch all these night’s and dj sets. Get your tix here.

All Ears is a documentary focusing on the Los Angeles instrumental Beat scene.

The L.A. community is often cited as the epicenter and origin of a worldwide movement and the documentary offers an insight into the open minds and ears of the producers behind the beats (dak, Ras G, Sacred, Kutmah, Dibia$e, House Shoes, DJ Nobody & many more).

All Ears looks at the network of record labels, collectives and events that have formed a united community continually growing and diversifying by the day. Madlib and the late J Dilla are the two most notable influences whose great impact is heavily reflected upon within the documentary.

“The last 10-20 years has been the age of the emcee, now it’s the era of the producer. Like Q-Tip said everything moves in cycles.”- Computer Jay

FRIDAY SATURDAY AND SUNDAY SCREENINGS WITH SHOWS AFTER: